I got an email from a publisher the other day. They wanted to know some details and maybe think about a deal.

Publishers call you asking you for your details with a tempting deal, it’s like getting an email from Prince Mfon from Nigeria, needing a UK bank account to deposit £10 million pounds of which, if I agree, Prince Mfon would give me a paltry 1%. Between you and me, I would only do this if the percentage rate was above 5%, 1% is just not good enough.

It’s a bullshit conversation. All the publisher wants is numbers to crunch, and then promise me the world with a publishing contract as long as I give them a couple of grand, of which they wouldn’t do anything, just stick their logo in the book’s front and stick my mug shot on their website and have some spurious copyright claim.

But it got me thinking about how long I have been a writer for? I have also been watching Johnny Vegas in Carry On Glamping which I urge you to watch. Which segues my point.

Johnny, a UK stand-up comedian and like all comedians, has had to deal with a raft of inner demons. I have always loved Vegas’s articulation and put downs but his comedy isn’t for everyone. He was on a trajectory of a premature death because of excessive drinking a few years ago and now; he seems at peace, which oddly, may not be so cool for his stand-up act. But in this feel wonderful series, Vegas is creating a Glamping company by converting old busses into posh and unusual camping venues. It’s something that’s driving him, it’s something that he truly wants to do. Maybe this is part of his recovery. The what and what for’s is irrelevant here, just unpick the psychological aspect of the human drive to create something amazing.

Following your dream and passion for your work far outweighs the monetary gain one might get from writing. I think authors per capita are the poorest paid creatives in the world, even painters command a better return for their work and people begging for small change outside of the underground to make more per day than I have writing.

So the question is, why do I write?

The universe will provide for you if you have the passion to follow through on your dreams and your reward for your efforts. The universe requires a synchronicity in you and your endeavor. The process, the journey you’re taking is part of the realization, experiencing the highs and lows of your journey cements your passion.

Every day can’t be perfect. There’s too much friction in the world for that to happen. But the challenges along the way strengthens you, make you tougher, more determined and this, my friend, is why the universe tests you.

It continually assesses your passion indicator, making sure the fire in you is not transient, temporary, like a fad. I believe the obstacles in some circles to be predetermined, written in the stars. You have to earn your rewards, whatever those rewards might be?

Like an exam, because without these litmus tests, what do you have?

When ⅔ of lottery winners lose their jackpot within five years, this is because the money was never earned. It was gifted. They didn’t have to spend every waking hour working on ‘that project’ and then valuing the reward for this toil.

When the likes of Lee Child’s has a preorder list on Amazon for twenty million copies of a new Reacher book. That didn’t happen overnight. Lee Child was unemployed, made redundant from his producer job with Granada TV in Manchester, UK. He didn’t know what to do with his time and filled his time writing. The rest is history.

Stephen King worked as an English teacher in a high school. In order to make ends meet, he cleaned toilets in the evening. It was while cleaning the toilets he wanted to know what the weird vending machine in a girls shower room was. The guy he was cleaning the shower block with informed him it was sanitary pads which naively, didn’t know what that was. “Pads to plug it up,” his colleague crudely said – for the King aficionados, this was the genesis for that deeply unsettling scene in Carrie, the bullies screaming at Carrie to “plug it up!” When she started menstruating while in the shower.

This book Carrie King wrote was in a wastepaper basket. It was his wife. While cleaning tipped the bin over and collected the sheafs up, read the first page and instantly gripped in the story. Disregarding the daily chores, she’s settled back on the sofa and immersed herself in the book. Finishing it Before Stephen had come home. The manuscript on the kitchen side when he returned.

Urging her ambivalent husband who at this stage was on the verge of giving writing up for good to send the manuscript off. The manuscript struck gold, and for King and his family and the rest of the thriller/suspense genre, its history.

For me, I sometimes think about giving up. The road of authorship is not paved with gold. The road is pot-holed, littered with the emotional cadavers of writers who didn’t make it and prematurely gave up – what is Kipling didn’t write? What if there was no Dickens, Faust, Shakespeare; gosh, what would the world have become without these literary geniuses and yet these writers equally struggled to find traction.

‘Burning your boat,’ Tony Robbins says is the metaphor of putting yourself in the corner and swinging like a windmill. You burn your boat, you’re making yourself option-less, giving you no choice, no excuse to do nothing but focus on what you need to do to get things done. And that metaphor can be applied in every walk of life.

Although wanting to be an author for most of my life, actually walking the walk started five years ago. It’s been two and half years since Harvester was published and this month, I have had over 4000 downloads of that book that has been floundering on the digital platforms, with the hard work the book that started everything is gaining traction. I clicked on my author dashboard which is a daily ritual for me to see my numbers. Having sold five books in a day is a good day for me, but seeing over one hundred sold in one day made my heart skip a beat. 5000 page reads on the Kindle Unlimited platform too. It gave my zeal the boost that I had been searching for.

Harvester is not a perfect book by any means. The editing is poor, and the structure is amateur and some passages in the narrative make me wince and I will rectify this when the money flows.

But for me, Harvester is the best book that I have written for many reasons. And I don’t really care what purest think, I say to myself ‘where’s your book?’ ‘What do you do in this world that is comparable to the time, dedication and effort that I have put into my book?’

If you can measure that and come back to me, I will be all ears. But to date, I have had nothing but tumbleweed. Your critique is as useful as a chocolate teapot, an ashtray on a motorbike, thinking out loud of other metaphors here, but I think you get the point?

I skirted around being an author. Something I may have been embarrassed about. I worked hard as a medical professional, something that I am proud of and something that I am great at. But I needed to change my thinking and two months ago, I made a conscious decision to change my thinking. Burn that damn boat I was bobbling about it in, wearing two hats.

I am a writer, author, creative and authorpreneur (do you like that?)

This is my present and future and something that no one can take from me.

What in your life are you? Can you burn your boat? Can you change your perception of who you want to be from perception to a realization? Then all I say, like Johnny, the wonderful Johnny Vegas, do it. 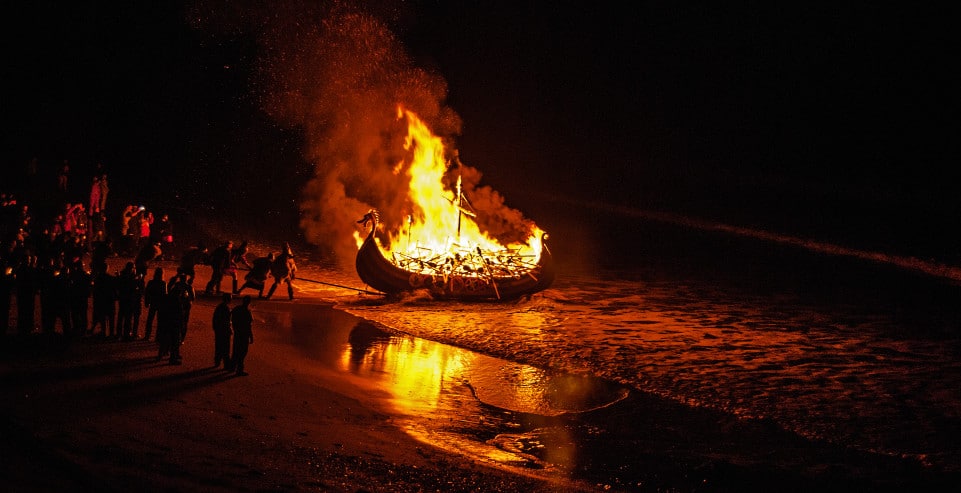