Is it the right time to make difference

If you have been following my social media you will have seen the daily updates I have been doing for my writing challenge, that hard work has paid off and I have almost finished the book I started writing at the end of May. It hasn’t always been easy to stick to my goals each day. I faced a few challenges that took time away from my writing. My dog Merlin died, he was an old boy and we had come to terms with what was inevitable, but it still didn’t feel right to write that day. I had to help my daughter move house with her partner to a new flat in London which took a day away from the book, but it was more than just one day. When you’re cooking on gas you kinda don’t want the momentum to stop. When you’re delivered a curve ball, it tends to switch the gas off. Finding that traction is often tough.

I have also decided to drop my current publisher, I was growing frustrated with a lack of control over how my book was marketed and didn’t feel that this was the right partnership for me. We parted amicably, but it was a path I was warned about. I chose to ignore that advice. I won’t make the same mistake again.

External factors trigger some aspects of the creative process, it is difficult to create a world within the pages of a book, without the real world finding its way onto there as well. While the year started with a pandemic and the promise of a medical catastrophe, we now find ourselves in the midst of a cultural one too, although Black Lives Matter is more a revolution.

BLM, counter protesters and the western world have seemed too easily forget the pandemic and the consequences that not correctly social distancing carries. While it has been reported that protest on both sides have adhered to government guidelines it is obvious that any large gathering of people carries risks, the question all those attending are having to ask themselves is whether that risk is worth it to stand up and organise for what they believe in.

As a medical professional I have to ask myself, is this protesting valid with the current climate? Will the changes that people are fighting for happen? Or have they put themselves and other members of public at risk for a change that some people aren’t ready to make just yet?

We have managed to put the question of civil rights under the microscope, part of me wonders if this could have happened without the pandemic? With more people not working, more people with the free time to educate themselves and choose a side to fight for the pandemic has allowed the conversation to start again, but this time louder than before, no longer just behind the computer screens and on social media platforms but into the city streets. Will Smith said “racism hasn’t got worse, it’s being filmed.” I kind of have to agree wit this.

Systemic racism in law enforcement clearly hasn’t gone away since the last major riots in the US sparked by police brutality. Just look at Rodney King in the 90’s, his treatment by police officers was a catalyst to the L.A. Riots. People of colour once again spoke up about unfair treatment at the hands of police, the officers in question were arrested but initially acquitted which caused an outpouring of anger and betrayal from ethnic minorities in L.A. The riots lasted six days left 63 people dead and over 2,000 more injured.

So I ask, what is different now? What is it about the world now which means that this is the time to finally make it stop? These officers have been charged, though bailed out by supporters fundraising, they will still face due process and a court hearing to decide their fate. What will change now? Will they face the punishment for their crimes? Or again will the system have its own back and let these men free? If so, what then? Another riot? More anger and hurt on the streets? It is a different world now, we all have a much greater access to education and with our phones we are able to capture examples of a broken system as they happen and show them to the world. How will this change the way we as fellow humans interact? As we become more global, more aware of race and its impact on life we are learning each day what the correct way of talking to one another is.

In my job as a fiction writer, what can I do to be more inclusive? Already I make a conscious decision with my writing to not mention gender, to use pronouns such as ‘they’ and ‘them’ to not highlight or apply a gender to a character where it is not important. How can I do the same for people of colour?

First and foremost we have to stop and face reality, there are people that are of a different colour, which can be, but not always is, an important factor to the story. But how do I as an author mention that? I have a character who runs through the entire Alex Brown series called Ricky Lambert. Ricky is a black male, I have made no bones about that. How do I make it clear to a reader that Ricky Lambert is a person of colour and describe him in a way that wouldn’t offend? Do I leave the colour out until a point where it is necessary for the reader to know? Does making references to the stereotypes of how people of colour eat or dress inform the reader or is that becoming a part of the problem? Ricky Lambert, even though a black man, may not like the same music as he would be stereotyped to enjoy. You find yourself asking Where does it stop? What is the limit?

When creating a character I want to be able to do it right, I want to give them the same depth as any other character in my books. To use stereotyping to tell the reader about someone is lazy, you are no longer creating a character, you are assigning a name to a character that already exists in the mind of the reader. Doing that to any of the protagonists in your writing is just poor character development. But when done to a person of colour or a man or woman or a member of LGBTQ+ it becomes offensive and reinforces negative stereotypes into readers minds. That is not to say that they cannot be anything like their stereotype, we all have traits that align. But it is important to give each of your characters the respect they deserve in bringing them to life.

As the lockdown eases in the UK, try and stay safe, follow the guidance and don’t make unnecessary risk. enjoy the freedom that the ease of restrictions bring and I’ll see you next time. 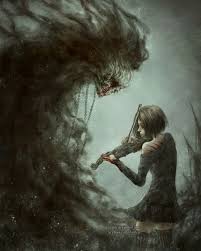