We Have A Podcast

This week has been a baptism of fire, a steep learning curve, podcasting is something that isn’t just plug and play. If was that simple, everyone would do it, right? Although the world it opens up is awesome. Gosh, there are even pastors in America now delivering their sermons through the platforms, breaking records with listeners. I didn’t realise that people were still religious, there’s some shitty stuff going in the world the ‘he’ could stop right? Is that a little inflammatory of me? Apologies if this offends, I’ll move along.

So why are we doing a podcast?

That’s simple, both Sam and I have the luxury of time, for the first time in our adult lives to sit a back and reflect of things. And why not? I think both Sam and I have been through some tough times in our lives, and we’re not arrogant to think we’re out of the other side just yet. So we have a message may be, you need to be the judge of that?

Bottom line is, my wife Sam, is angelic in her thoughts, she doesn’t like violence, death, gore or negativity, she doesn’t even watch the news, I mean, she steers clear of it because he doesn’t want her mind polluted, and who can blame her? The news is like something out of a disaster movie, don’t they just love it?

So, I will read, warts and all, my book the Harvester, chapter by chapter. For those that have read it, it’s close to the bone in parts, right? And even the awkward sex scenes, although, I think I should reserve these chapters for my son Jorden who is living his best life in London with his gorgeous fiancee. The cringe factor for these chapters would be to go to miss.

So, the podcast is out now, click the link and check out chapter one

Thinking about me in the lockdown, I am not feeling comfortable with the narrative about easing the restrictions and the term ‘being stuck at home.’

You guys understand that the reason there is a lockdown, isn’t for your own good, right? You know that when there’s a pandemic with a respiratory based virus like COVID-19, there is nothing you can do?

I am not trying to scare the shit out of you, and if ten million people have had it, then the odds are still stacked in your favour that you’ll be okay blah blah blah. With ten million, that makes about twenty percent of the population that have had it, adding to the so called ‘herd immunity.’

The actual reason for the lockdown, like I said, isn’t for you, or your mum or dad. It’s for the good and integrity of the health service. The purpose of the restriction is to ease the burden on the health system. Which appears to have worked. If you consider the numbers, making us the most affected in Europe, while reflecting four weeks ago, and Italy was ubiquitously reported in the world’s media, we learned, prepared and things came together.

Napoleon said that “no plan survives contact with the enemy.” A mantra that is drummed into commanders up and down the rank structure of most western armies. Here, we weathered the worst of Wave 1, the numbers still puts wave one of the Spanish flu in 1918 to shame, so things are pretty good, right?.

The numbers are encouraging in terms of how the system weathered the storm. So if there is a second wave, and there will be, you haven’t heard it here first BTW, it’s what epidemiologist would call a certainty, as night follows day, the behaviour of humanity is predictably stupid, and they will converge as large groups to celebrate beating the virus, when in fact it will wait, in the shadows for this prefect time, but will there will be fewer people infected?

Behind closed doors in Downing Street, allowing the entire country to get ‘it’ would add to the herd immunity notion, but If you will get the coronavirus, there’s little anyone can do. However, this got me thinking and then I read an article about life in the earliest twentieth century following an must read, Pale Rider

How about being born in 1900, poverty in the UK was rife? With tenement buildings and poor working conditions, the spiralling political unease growing in Europe. Crime in the inner cities was common. The crime was violent and inescapable. You were lucky to sit in school, and schooling was not a major priority in your life, work was.

At 14, the first world war starts, conditions worsen, education became even more challenging with disease such as Polio, TB making their way through over-packed tenements up and down the country, healthcare was non-existent, if you went into labour there was a five percent chance that you would have died in labor, post labor complication was over 50%.  Pressure on the adolescent boys approaching teenage years had to plug the gaps in the labour market. Over two million men volunteered in 1914 to 1915 to fight, the wheels of industry still had to turn.

By the time you’re 17, you’re drafted, unless by some notion of patriotic stupidity, you lie about your age at 16 and join up. Battle fields of Flanders, Somme, and Ypres beckon. Under constant barrage, the raking machine gun fire. A non-existent healthcare. Cared for with reusable bandages left in vast aid stations amongst the dead and the dying, little drugs to ease the pain. The only drugs got you hooked on the opiate causing more social problems when the injured soldier returned to Blighty.

If you’re a woman, you’re now filling the shoes of the men in the farms and munitions factories. Poor sanitation, poor working conditions for little to no pay. It’s your patriotic duty, don’t you know.

You still have your kids to bring up who are making their own entertainment while you spend long hours in the factory.

After the trauma of the war that took 20 million lives, the war to end all wars. And isn’t this funny, we erect statues of the generals that led this ridiculous war for us to remember every November and we should, it’s vital to remember the sacrifice of all wars, yet, the flu pandemic started, killing 100 million people globally in 24 months with zero mention apart from minor footnotes in the history books.

We raise a glass for the glorious dead on the fields of France and Belgium but no mention to the fathers, mothers, brothers, sisters, grandparents and friends that died in the hot fetid triage rooms in towns and cities up and down the country and throughout the world. A food for thought is this, when we take to the streets in a few months and dance the Jig to ‘We’ll meet again,’ the second wave hit in November 1918, around seven days after the 11th of November, seven days after the nation took to the streets to celebrate the end of wars to end all wars, the first wave of the Spanish flu had slowed and people ventured out, in the November, December and January, the flu took more people in Europe than the fours years of the war. The second wave lasted three months before the surge slowed. When you venture out in celebration, think of this.

After this, political tension rose again in Europe, Hitler comes to power and the war to end all wars and they ripped the treaty of Versailles up. Now at 40, the person, if male, would draft to conscription for another world war or a job that would bolster the war effort, if female, taking over the labor intensive work such as farming and munitions factories.

Food was scarce, if you wanted to eat well, you had to grow your own, one of my favourite books is the Guernsey Literary and potato Peel Pie Society , gives you a perfect snapshot of how tough life was then. If you lived in London, you lived in darkness, the blitz which went on for months. Death was around, traumatising adults and children alike.

Then Suez and the Korean War, the person now in their mid-fifties hasn’t had a break, but at least healthcare is now free at the point of delivery, and antibiotics are being used, ailments that were a death sentence, now becoming minor illnesses, prolonging the lives of our parents and grandparents.

Life isn’t easy until the world changes around your 75th birthday. Food is in abundance, a welfare state that will look after you, you now own your own home, living in your own castle. Your children educated and go to university, healthcare has moved on stratospherically.

Pharmacology, surgical techniques and a deeper understanding of nutrition, fitness and pharmacokinetics stretch the longevity statistics beyond comprehension, and now, in the 21st century, those years are being stretched but along with this now, an entitlement, with this, comes an undercurrent I am finding unsettling.

We have to learn from history while reflecting through our own lives. The current pandemic is not an existential crisis by any means. And modelled on the flu pandemic in 1918, many more people would have already died for the coronavirus.  I bear our self incarceration out of a benevolence to the healthcare system that wants to provide effective care. And lets not forget, the thousands of cancer sufferers, the complicated pregnancies that require close clinical monitoring, the children services that are suspended have a knock on affect to their growth patterns. Elderly care that need regular visits to see consultants for cardiac, stroke, kidney, rheumatoid care and dementia and Parkinson’s appointments have all but stopped. Or to people I know so well, that cannot get out because we canceled their hip replacement surgery in March with no light at the end of the tunnel for when their surgery will be.

And let’s not address here, today, the burgeoning mental health crisis that will reverberate for decades to come. Not just the people in lockdown, but a snapshot of just one of my close friends who works in the clinical field, had seen over one hundred deaths relating to coronavirus since the beginning of march, deaths where the clinicians stand and watch.

Enjoy your time at home, safe from the world, satellite TV, snacks, full fridge, beer, PlayStation and Netflix. I struggle to hear that anyone has to say about being stuck in their small flat or their small garden when you consider the alternatives. Qatar, the working class has no benefit system and are relying on food handouts from the government that doesn’t give a shit about them, Mexico, fuck me, have you read anything about Mexico, and dare I say, what about our brothers and sisters in the USA? I won’t turn this into a political post, but I’ll leave it there.

Take advantage of the isolation, use the time to read, learn, develop and change who you are, progress and work on your goals. There is so much out there that doesn’t cost much, just time, and time you have right now. While this unprecedented time remains, which it won’t for long, I already hear the bells of my work calling. Make these weeks count. Right now. 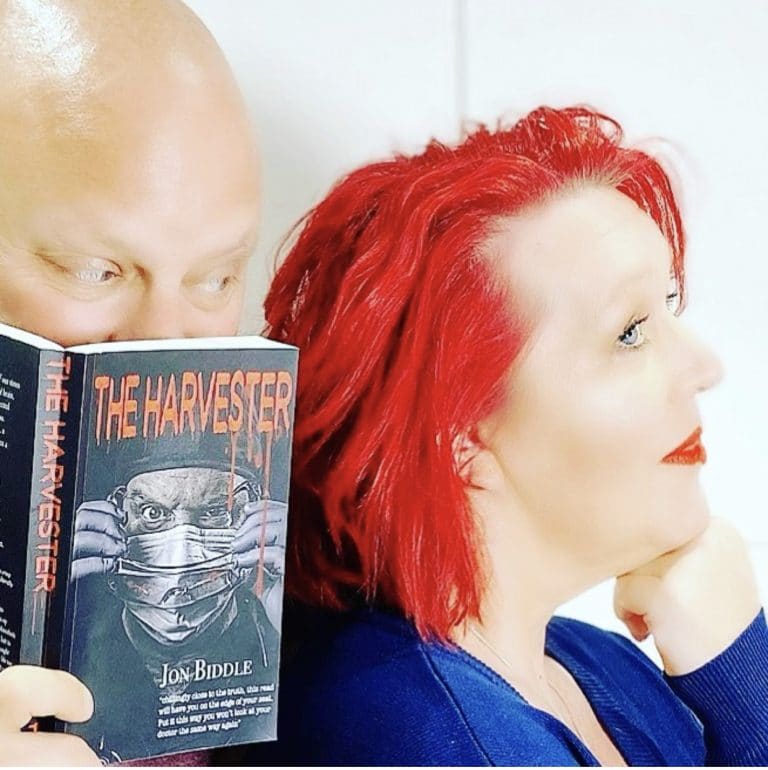